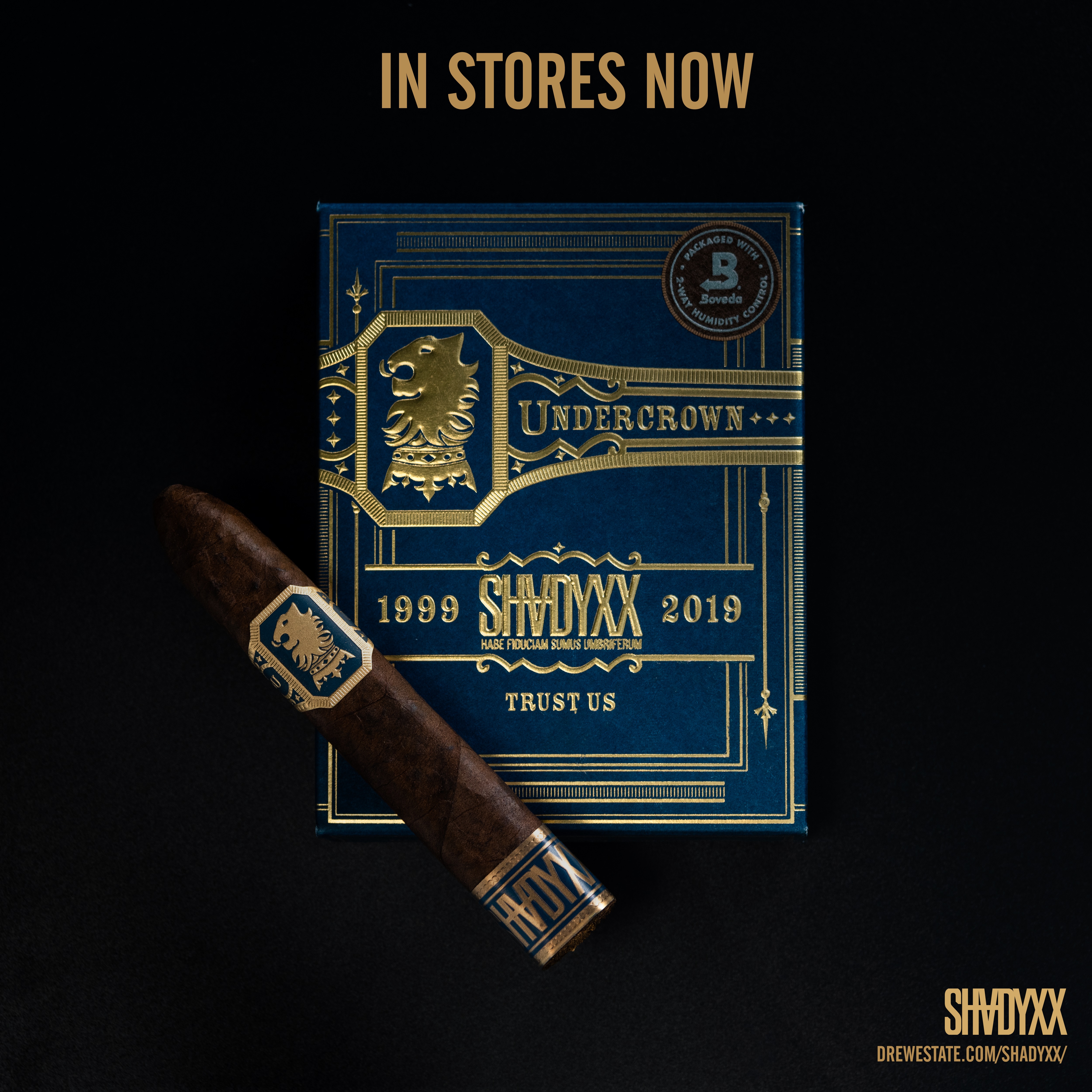 Paul Rosenberg, Eminem’s long-time manager and Shady Records’ President, adds, “Getting this cigar out in stores feels a lot like releasing a great album that we’ve created and subsequently marketed in some ways. For instance, the most satisfying and exciting part of the process is getting the public’s reaction to the product once it drops, and in this case I think they will be really pleased.  This cigar is just a great luxury smoke perfect for reflecting on the highlights of the last 20 years.”

From the Wynwood Safehouse, Jonathan Drew Founder and President of Drew Estate exclaims, “For 20 Years, Shady Records has been a respected powerhouse in the music industry and industry disrupter. Having this opportunity to partner with Rosenberg and the Shady team on a project this important and historic is an honor and testament to each other’s creative spirit, work ethic, and respected disciplines. I’m especially proud of the project and our continued partnership with Paul and the Shady Records team.”

The Undercrown ShadyXX is packaged in a 10-count petaca with an MSRP of $104.00/petaca sold exclusively at Drew Diplomat retailers.

For those who want to truly experience the celebration of the 20th Anniversary of Shady Records, they have provided a custom playlist to pair with while smoking an Undercrown ShadyXX, which you can listen to at www.drewestate.com/shadyxx